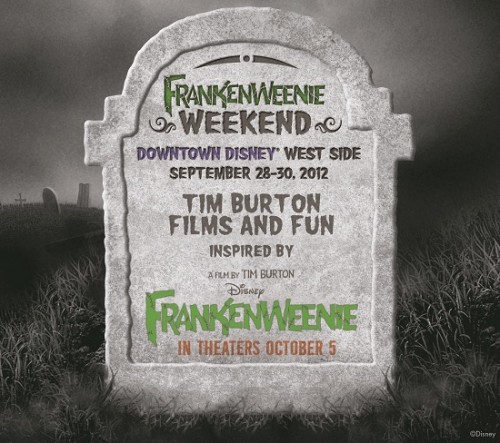 Downtown Disney in Orlando is getting into the spirit of Frankenweenie as it hosts a weekend of special fun for fans of Tim Burton and his films. Experiences inspired by the new movie, “The Nightmare Before Christmas” and “Alice in Wonderland” will take place at Downtown Disney West Side Sept. 28 – 30, 2012.

Here’s a look at what’s in store:

Special merchandise inspired by “Frankenweenie” and “The Nightmare Before Christmas” will be available for purchase at D-Street boutique and mobile carts throughout Downtown Disney West Side. Special treats, such as Franken Fusion Lemonade and Frankenweenie hotdogs will be available near the New Holland Pet Cemetery picture spot.

Previously: Frankenweenie behind the scenes trailer.