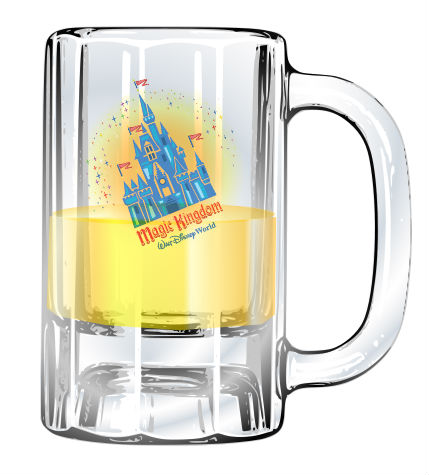 I’m in a bit of quandary here. It’s clear that Walt did not want alcohol served at Disneyland and the Magic Kingdom. He believed that it was a family park and the risk of abuse and general unpleasantness was too great. Walt firmly believed that word of mouth was his best advertising and he didn’t want some lout cause a family to go home and tell their friends not to come because the park was full of drunks.

And yet, beer, wine and stronger spirits are served at DCA, EPCOT, DHS, DAK and even the water parks and civilized behavior continues. It’s true that from time to time, you may encounter a group of person who is acting out after imbibing too much, but it’s a rarity, youtube videos to the contrary.

The only thing keeping adult beverages out of the Magic Kingdom and Disneyland right now is tradition. There is a lot to be said for tradition. Much of Disney’s success as a theme park company is from entwining the Disney family vacation with the American tradition of family vacations. Making a trip to Disney a part of that family tradition has meant billions of dollars in income for The Walt Disney Company.

It’s not that I believe serving beer and wine at one restaurant in the Magic Kingdom will change people’s minds about visiting the park. But it is a slippery slope. Once beer and wine is introduced in one location, it will become a lot easier to sell it in others. And then, like a frog in a warming pot, you don’t realize that perceptions of the park have changed until it’s too late. Once Suzy Guest goes home and tells her neighbors that Disney World is full of drunken louts, you’ve lost that battle.

At this point, I’m undecided. I don’t like it, but I don’t think it’s the end of the world either. Just another Disney tradition gone by the wayside like no cotton candy in the parks, no separate class of guests getting access to attractions (except for a few VIPs, of course), Swing Dancing at Disneyland (okay, that one might be coming back), and great shows gone forever (like the Golden Horseshoe Revue) just to save a few bucks.

Where do you stand on Disney serving alcohol at the Magic Kingdom?