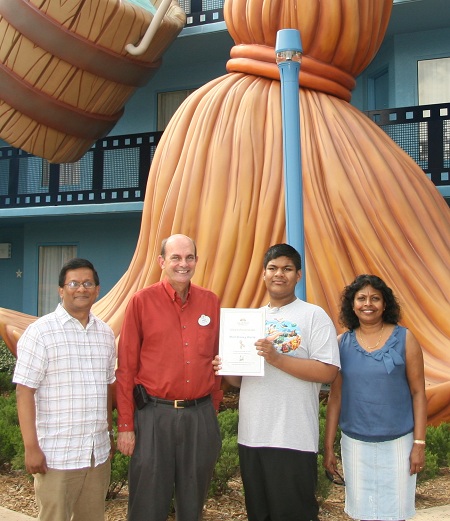 “I don’t want the public to see the world they live in while they are at the park. I want them to feel they are in another world,” said Corea quoting Walt Disney. “Disney World does just that, and makes it possible for (my son) Charin and other guests to truly enjoy their time in the parks because of its excellent attention and service.”

Raising awareness about autism and the needs of those who suffer from this condition is the main goal of the UK Autism Foundation.

“Part of Disney’s heritage is to have no one feel excluded,” said Hale. “Our goal here is to make experiences accessible to any guest that enters the parks.”

To learn more about Disney services for guests with disabilities please visit http://disneyworld.disney.go.com/guests-with-disabilities/