In my last visit to Disney’s Hollywood Studios we saw a bunch of new Halloween Merchandise, today we continue our tour and look at a few other small changes around the park. The biggest change is the new exhibit for “Wreck-it Ralph” in the Magic of Disney Animation exhibit. So let’s get to it. (btw, all the images are available in larger size if you click on them) 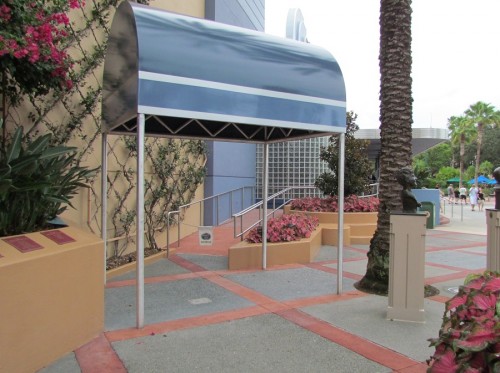 The shade structure for American Idol Fast Pass Plus queue is complete. No word yet on when rollout or testing will begin. 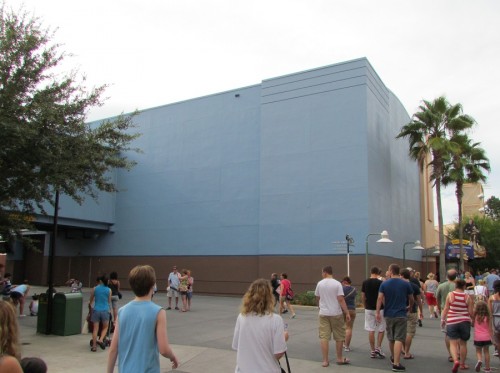 The building that will house “The Legend of Jack Sparrow” Pirates of the Caribbean exhibit is getting a new treatment. 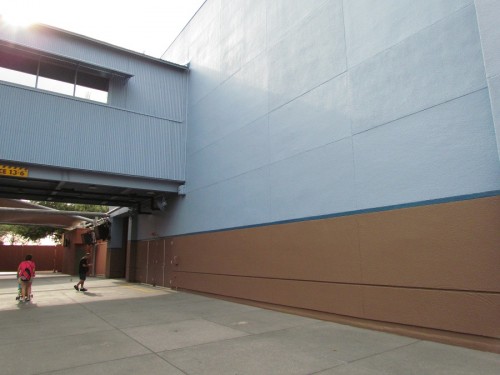 Not much work on the queue area yet, but expect this to fill up. The exhibit is scheduled to open this fall, but no official date has been announced. 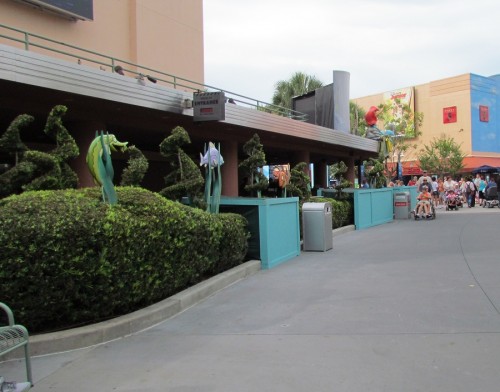 Work is reconfiguring the queue at The Little Mermaid to accommodate Fastpass Plus. 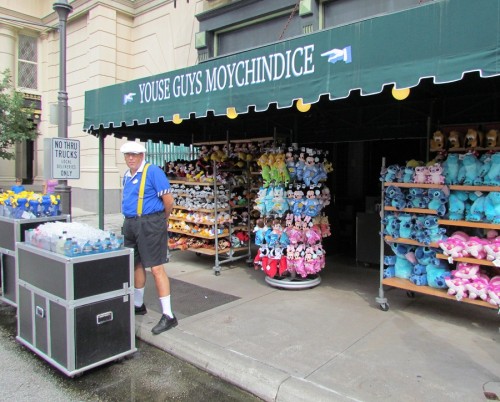 Sadly, the Youse Guys location has been taken over by plush. This wasn’t the only store that’s been invaded by plush either. Is there really that big of a demand for these furry creatures instead of park specific merchandise? Or is the profit margin so large that management can’t resist pushing them? Wreck-it Ralph concept art has been installed inside the Magic of Animation building. 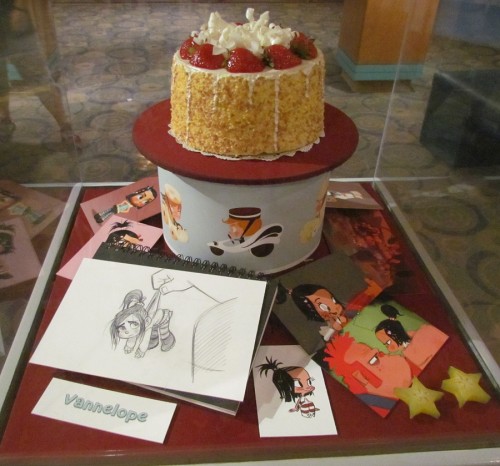 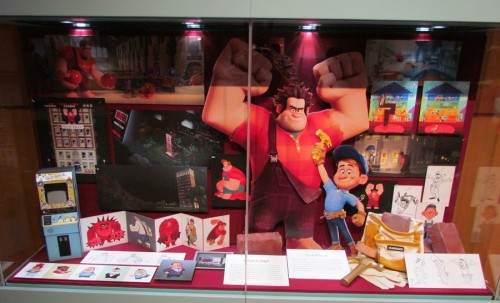 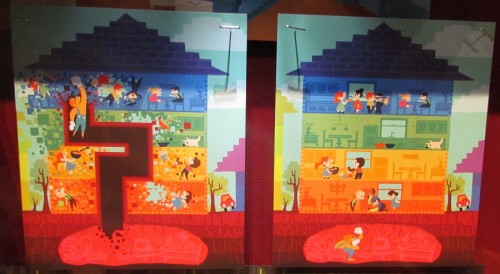 There is a lot of good concept art, but I liked this one with Ralph living as a troll under the house then bursting up through it.

That one in the middle is obviously a John Lasseter cameo, does anyone know if the other characters represent real people at Pixar? 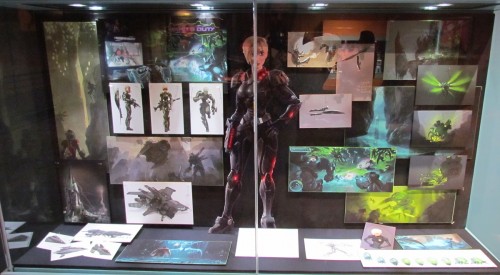 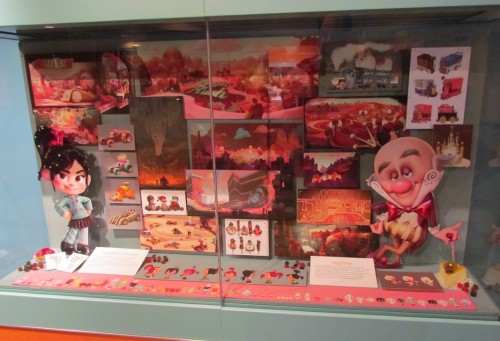 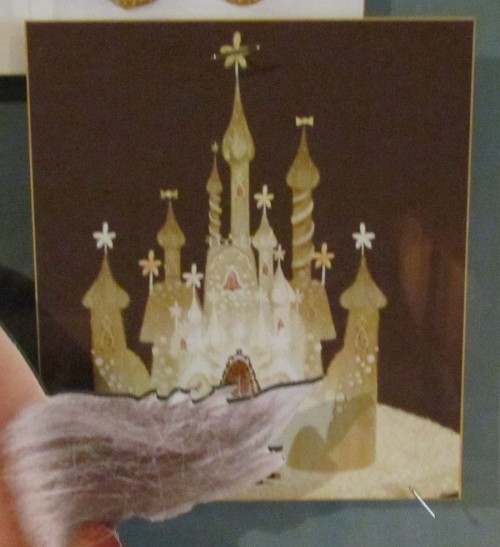 The storyboard room was remade to be digital animation focused with Brave’s exhibit. Now it has an arcade game of Fix It Felix Jr in there… looks like it works too. How do I get down there and try it out?

That’s it, thanks for joining me today.