I was going to write a long introductory paragraph, link to part 1, and then maybe do a little song and dance number. But forget that. Let’s get right to part two of the Magic Kingdom Update from December 19, 2011. 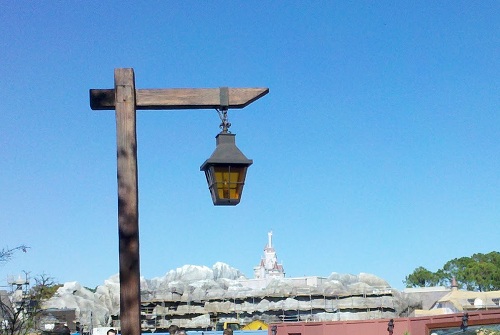 On the left and top you can see the rock work is pretty much done. Wow, that’s certainly a lot of grey. I guess we’ll see how it looks up close when the walls come down. 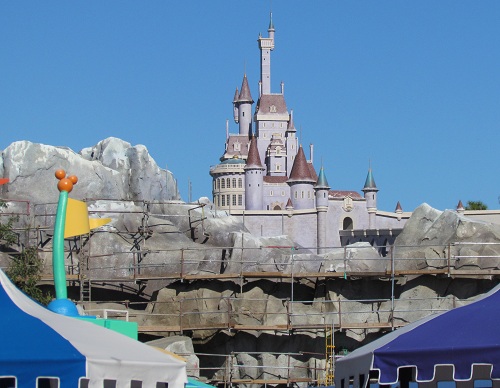 Lots of work on Gaston’s Village, but right on the other side of that wall is also a big pit for the Dwarfs Mine Train roller coaster. Watch out for that first step, it’s a doozy. At least on one side. Magic Kingdom is still doing a lot of facade work. That’s because it’s a 40 year old park and needs it.. 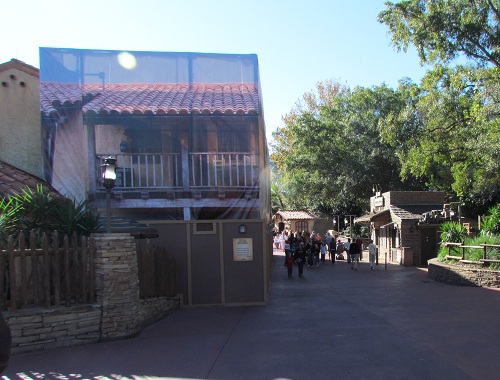 Apparently Big Thunder will be going down for refurb in the new year. It needs it. They’re missing a ton of railroad ties. 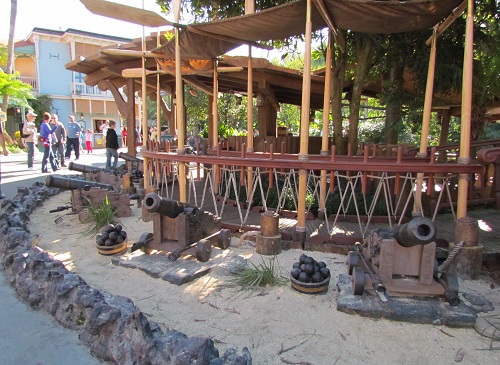 The Swiss Family Robinson Tree House is looking a lot better after a recent rehab. 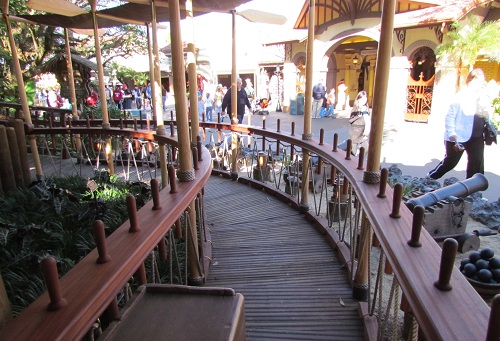 Lots of wood was replaced or refinished. 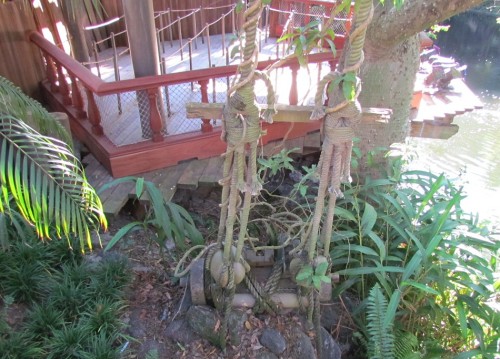 Click to Embiggen. But not everything was replaced or fixed. For instance, those lights in the back should really be hidden better. 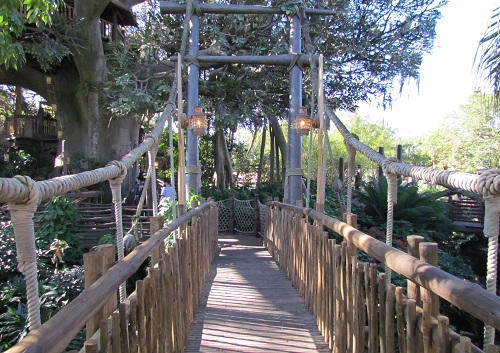 As on the bridge, many of the light fixtures have been replaced or repaired. Even the water system works again. 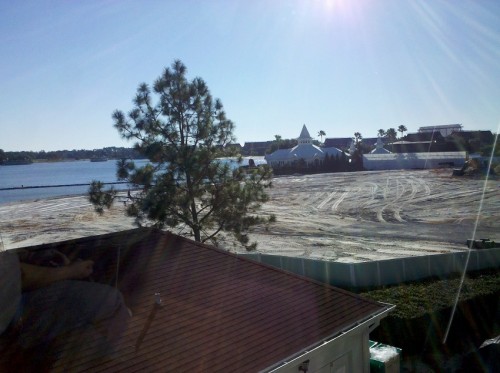 Construction is really underway at the future site of the Grand Floridian DVC Tower. 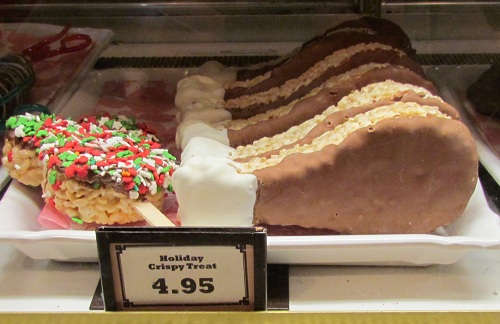 This is the last photo of the day, but I wanted to leave you with something sweet – A Turkey Leg rice crispy treat. How great is that!

Thank you for sticking with me. Over 30 photos between parts one and two. I don’t even claim to have caught all the changes, but I did catch the majority of them.