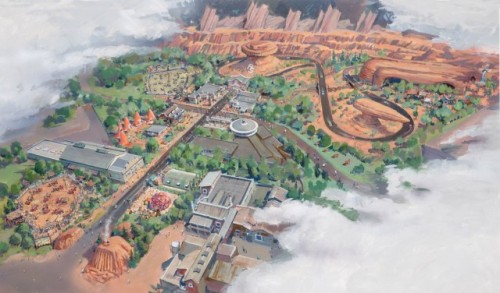 2011 was a crazy year. A Tsunami nearly wiped large portions of Japan off the map and earthquake damage closed Tokyo Disneyland Resort. Disney Parks President Tom Staggs was struck with an idea while walking through California Adventure, less than 6 months later a partnership with James Cameron and his Avatar property was announced, but will it be a proper answer for Harry Potter? We have to wait and see. Meanwhile, Cars’  land in California and an expanded Fantasyland in Orlando hurdle toward opening while their neighboring parks sit neglected and with various states of under-utilized capacity.

2012 has the potential to be just as crazy, although we hope less natural disaster and tragedy is involved; to start, it’s a leap year so we get an extra day for crazyness to drop in. Additionally, it promises to provide the first glimpses of Next-Gen technologies used on a wide scale, a look at how Imagineering can build a world with detail rivaling Harry Potter at Universal when given the budget (we hope, they still can), and the Magic Kingdom will open the first phases of its Fantasyland upgrade, some of which are ahead of schedule. At sea, the all-new Disney Fantasy of Disney Cruise Line will join the fleet with it’s own brand of shipboard fun along with many of the old favorites.. 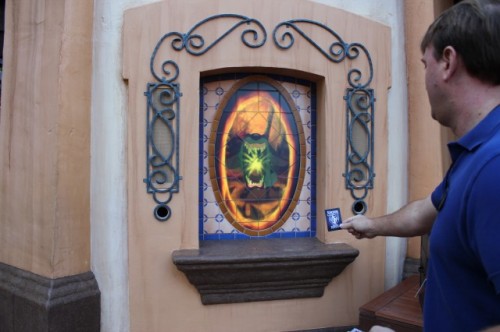 Sorcerers invade the Magic Kingdom (early 2012) – In an all-new interactive experience, “Sorcerers of the Magic Kingdom,” Merlin the magician will recruit guests as apprentice sorcerers to undertake missions to subdue villains and ne’er do wells. Armed with magic spells in the form of special cards, guests must search for the magic symbols that lead them to animated villains’ hiding places. By casting different magical spell cards, players can do battle with Yzma, Kronk and other “baddies” hiding throughout the land. From fireballs to frantic frogs and cyclones, there are spells to bring down each and every villain, with a simple flick of the wrist. This immersive role-playing adventure is included with park admission. 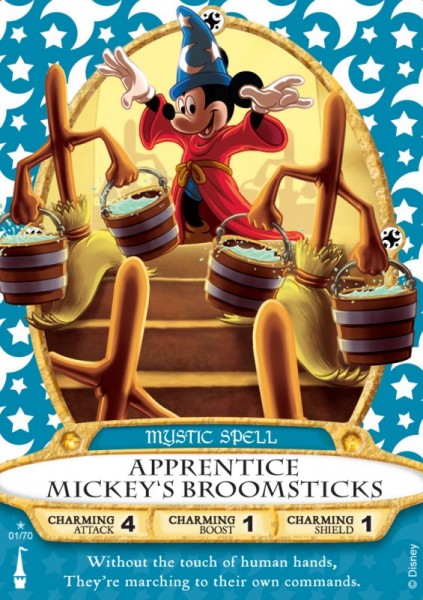 New Fantasyland (early 2012) – The largest expansion project in Magic Kingdom history will open in phases beginning February 2012 at Walt Disney World Resort, featuring attractions and experiences in an area that will nearly double the size of Fantasyland. Among the novelties, guests will be able to fly high with The Great Goofini or with Dumbo the Flying Elephant, “immerse” themselves in Under the Sea ~ Journey of the Little Mermaid and “be our guest” at the Beast’s Castle. Out of the gate in early 2012 will be Great Goofini coaster, Fantasyland Train Station and – for the first time anywhere turning counter-clockwise – the first half of the Dumbo the Flying Elephant attraction. Completion of The New Fantasyland is scheduled for 2014 with most new experiences open by 2013.

Royal Guest Rooms (mid-February 2012) – Imagine waking up in a place where Disney Princes and Princesses have stayed. Beginning mid-February 2012, Walt Disney World guests staying at Disney’s Port Orleans Resort – Riverside will discover special treasures left behind by the stars of favorite animated films such as “Aladdin,” “Beauty and the Beast” and “The Princess and the Frog.” In quarters befitting the young Princes and Princesses of the family (their parents, too!), guests can unwind amid remarkable décor. They’ll be able to watch “fireworks” swirl as they recline in ornate beds, curl up in custom linens and more. It is majesty and fun, rolled into one. Each of the 512 Royal Guest Rooms sleeps up to four guests in two queen beds.

Launch of Disney Fantasy (March 2012) – The Muppets leading guests in an interactive detective adventure game around the ship. Guests’ own drawings springing to life and dancing with animated Disney characters. Two new Broadway-caliber, spectacular musical stage shows. A Bibbidi Bobbidi Boutique for magical princess and pirate makeovers. A fanciful water play area called AquaLab. Disney Fantasy, the newest ship in the Disney Cruise Line fleet, will bring to life these innovations and more, offering a cruise experience from stem to stern that caters to every member of the family. The 4,000-passenger Disney Fantasy will sail week-long Caribbean cruises from Port Canaveral, Fla., with its maiden voyage scheduled for March 31, 2012.

Disney’s Art of Animation Resort (May 2012) – A new resort hotel inspired by Disney animation will feature 1,120 family suites themed after “The Lion King,” “Cars” and “Finding Nemo,” and 864 themed rooms in “The Little Mermaid” wings. Animated scenes will carry throughout building exteriors and room interiors and feature larger-than-life icons from the animated films in courtyard areas. Nemo will be the first wing to open, in May 2012, at the resort hotel — Disney World’s 25th. The “Cars” wing is scheduled to open in late July and “The Lion King” wing in late September. The final wing, themed after “The Little Mermaid,” will debut in late 2012. Crowned by a 35-foot-tall model of King Triton, Disney’s Art of Animation Resort will be located next to Disney’s Pop Century Resort.

Hit the Road with Mater and Lightning McQueen (summer 2012) — Some of the biggest thrills in the Disney California Adventure expansion are just down the road. Crowning the multi-year expansion project in 2012 will be the opening of Cars Land, inspired by the Disney•Pixar blockbuster “Cars.” Cars Land will feature three immersive family attractions showcasing characters and settings from the movie, including one of the largest and most elaborate attractions ever created for a Disney park: Radiator Springs Racers, a twisting turning, high-speed adventure through the town and desert valleys of Radiator Springs. Other Cars Land attractions will include Luigi’s Flying Tires (striking a chord with anyone who remembers the Flying Saucers in Tomorrowland) and Mater’s Junkyard Jamboree, a spinning attraction with a musical, hoedown theme. Guests also will enjoy “Cars”-themed dining and shopping locations.

Which of these coming attractions are you most looking forward to?

Other Walt Disney World openings below the jump:

The Exotics Course featuring “supercars” (January 2012) — Beginning around mid-January, Richard Petty Driving Experience at Walt Disney World Resort will feature a brand-new adrenaline rush, the “Exotic Driving Experience.” The Exotics Course at Walt Disney World Speedway, a new one-mile circuit custom-built for the attraction, will be home to a riding experience for guests in “supercars” by Ferrari, Lamborghini, Audi, and Porsche. Thrill-seekers can get behind the wheel of these epic vehicles or navigate the circuit with a professional driver.

Upscale entertainment center (late 2012) – Splitsville, a 50,000-square-foot facility that combines bowling with billiards, dining, music and nightlife, is in development for Downtown Disney West Side.