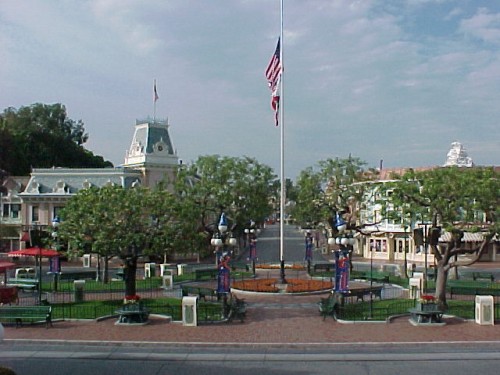 Disneyland never opened on September 11, 2001. Although a number of cast members had already showed up for work, the news of the events of that tragic day came early enough that the park gates never opened. LaughingPlace.com has an amazing article today with some never before published photos of the park on 9.11 and the days that followed. The story follows two cast members, including a security guard, who had to deal with the very real threat of danger while at work that day.