Mickey’s Halloween Party and My Fear of Buyer’s Remorse 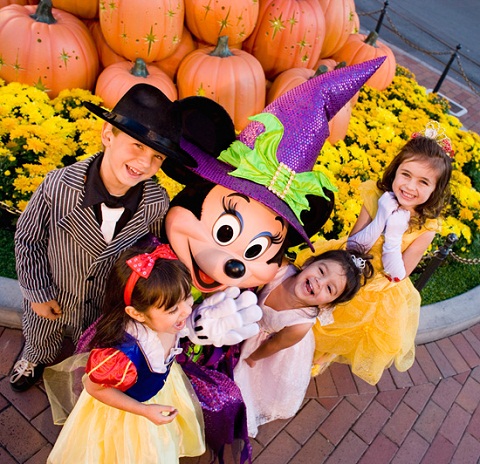 Every Fall, the Disney Parks transform to cater a recurring celebration called Mickey’s Not-So-Scary Halloween Party, a nighttime event for little “boys and ghouls” to dress up and experience their favorite Park like they have never seen it before. The Parks seem to endure a Halloween tsunami that unearths larger-than-life decorations, dark character costumes, and a new spooky atmosphere.

Attendees have a few special perks that might make this event worthwhile. For example, the Parks are closed to the general public during the party, so there would be a significant difference in foot-traffic and waiting times. In addition, ticket-holders can enter the Parks a few hours before the party starts, which is usually around 6-7 p.m. During the event itself, guests can meet characters (including Villains), access most of the rides, and get an exclusive showing of the Halloween Screams fireworks spectacular.

Generally speaking, there aren’t many differences between the Party at Disneyland and that of WDW Magic Kingdom. There is a slight price increase at WDW (between $48-$68, depending on the date and time of purchase), but guests also get to see Mickey’s “Boo-to-You” Halloween Parade, which includes characters from the Haunted Mansion ride, as other parades typically do not.

While I grew up living fairly close to Disneyland, I never had the opportunity to attend the Party. But now that I am a bit of a Disney freak, I am very curious. As a college student very conscious of her budget, I’m having trouble swallowing the price of a ticket (between $49-$64) for only a few extra hours in the park.

So, fellow Disney fans, I’m asking you for advice: For those of you who have attended the event in the past, did you think it would be worth the price for someone without children? Are there any other Disney Park events that you love?

Amanda (@amandajcorreia) is a Boston-based marketing student with an immense passion for film, travel, blogging, and pretending she’s a Disney princess (http://amandajcorreia.wordpress.com/).