Cockerell and Carter to switch VP roles at EPCOT and DHS

I’m not sure what inspired this shake-up, but if it’s true, I have a few ideas about what it might mean. 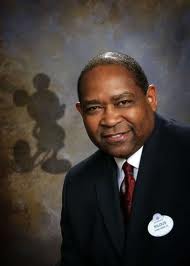 Rilous took over as VP at Disney’s Hollywood Studios shortly after it changed its name from Disney MGM-Studios. He effectively managed that transition. Rilous was previously the general manager for food and beverage at EPCOT. As it turns out that is one area where EPCOT has made some great strides (excellent Food & Wine festivals and two new restaurants), but also has some serious deficiencies. Rilous might be just the guy to make sure EPCOT continues on the right path.

Cockerell started working in the parking lot at EPCOT and later went to help open Disneyland Paris. His father was longtime WDW Operations manager Lee Cockerell. So expectations were high when he took over EPCOT from much loved Jim McPhee. Cockerell’s reign has been generally well received and Cockerell stewarded EPCOT’s two main festivals through economic tough times with minimal damage.

Cockerell is the only park Vice President I’ve spotted regularly walking through the parks, both in his official capacity and as a guest visiting with his family. That sort of attention to the guest experience had distinguished Cockerell as park VP.

Disney’s Hollywood Studios also has a couple of festivals, but I think there’s room for improvement there. It’s also the park most likely to have a massive expansion once the Magic Kingdom’s Fantasyland is finished. Putting Cockerell in charge of improving the festivals, improving the maintenance of the park, and a possible expansion is a good idea.

While Cockerell wasn’t responsible for removing the giant EPCOT sign from Spaceship Earth. He’s seen the power of restoring a park icon. So there’s hope that the Mickey Hat at DHS will be removed from its current location, that obscures the park’s Chinese Theater icon, to the front of the park, where it was originally intended. (Of course, I might win the lottery too.)

Disney parks has a long history of moving Vice Presidents around, so this move is really no surprise. It provides new experiences for the manager and gives them the chance to shine in a new area when a vertical move may not be available anytime soon.