When Should Tokyo Disneyland Reopen? 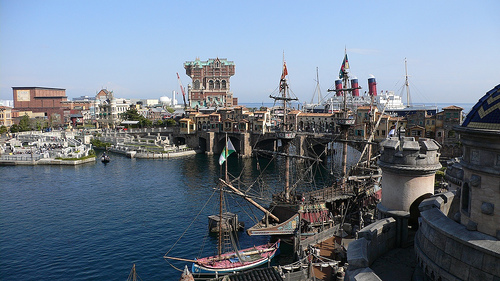 Events in Japan continue to teeter on the edge of disaster. Whether you’re a villager in Northeastern Japan whose every day is a fight for the basic necessities of survival in a post-tsunami zone or a resident of Fukushima or nearby cities (including Tokyo) where you have to consider the real possibility of radioactive fallout from an explosion at the nuclear power plant, there is a lot to be worried about. There does seem to be growing hope for light at the end of the tunnel, but in the meantime, we should be keeping everyone in our thoughts and consider donations to whatever charity (preferably one that’s been vetted by Charity Navigator) moves you. (Aside: I like Architecture for Humanity or Doctors without Borders.)

During the crisis many of Japan’s industrial powers have shut-down to save energy or because parts of their operation have been devastated by the quake and tsunami. Tokyo Disney Resort shut down all of their properties at least until the 22nd of March. Disney has offered their facilities to assist recovery in the local community and many cast members have mobilized to go out and help clear away debris. OLC, the company that operates TDR, offered to send home any international cast who want to leave promising them their job back when the park re-opens.

I’m not sure one can set an exact date. But perhaps we can construct a set of criteria that should be met before the gates are reopened. Keeping in mind that Tokyo Disney is an entertainment facility, not urgent for survival, but important when you want to return to sense of normalcy in a post-disaster world.

So here’s my short list of criteria. Please share your ideas of what’s acceptable or expected for a Disney resort, any resort in the same situation as Tokyo Disney Resort, to reopen after a mega-disaster like what has befallen Japan.

1) Operation must not be a tax on the local energy network. Rolling blackouts must be over or independent power source should be used.

2) Any possibility of immediate danger (anything that could cause possible injury to guests or cast) should be at least 48 hours in the past.

3) Cast members whose family may have suffered injury or death should be allowed to deal with their personal crisis first. Although this may not delay an opening, it should factor in to it. A company should not be seen to be profiting on its employees crises.

4) Structural and attraction damage should be fixed and every attraction and guest/cast area surveyed for safety. If an attraction cannot be repaired in a timely manner, than it should be clearly listed as not available.

This is not a complete list, but something to get discussion started. What else should be on it? Assuming the nuclear reactor meltdown threat passes soon, when do you predict Tokyo Disneyland to finally reopen?

8 thoughts on “When Should Tokyo Disneyland Reopen?”