Yesterday morning, myself and fellow Disney groupie Jenn (twitter.com/DisneyGirlinNJ) had the privilege of attending a very unique event at the brand new Times Square Disney Store. Just two days before the grand opening celebration and a day before the press opening, D23 (Disney’s official fan club) hosted an exclusive event at the store for its top fans. 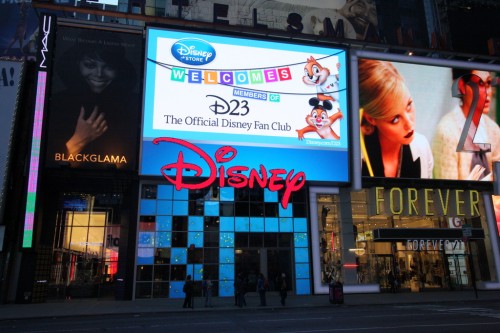 At 7am, devoted fans huddled for warmth in the vestibule of the massive store, chatting about Disney and exchanging twitter handles. Each attendee was a bigger Disney fan than the next, not complaining about the early hours since if we had been at the Parks, we’d be the ones lining up for rope-drop everyday. At 7:30am, the doors opened wide and we proceeded inside, receiving a wrist band and the freedom to shop and explore the huge first floor of the store. Most guests rushed towards the towering Vinylmation display, scooping up the three NYC exclusive 9-inch toys and the 3-inch Statue of Liberty Minnie figure. I will never understand this craze! 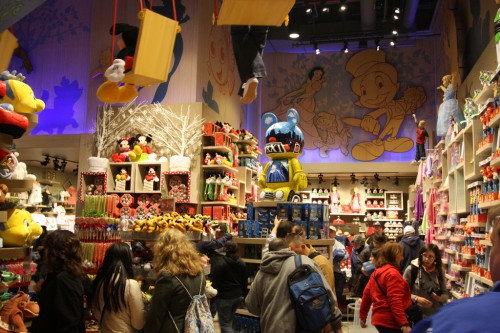 The first floor was stocked with a variety of classic Disney plush and apparel including a ton of NYC exclusive merchandise. “I (Mickey) NY” tees proved to be a fan favorite as well as a D-Street-esque area tucked in the back left corner of the sprawling floor. Select items from Disney’s two current Broadway shows The Lion King and Mary Poppins also lined the shelves. 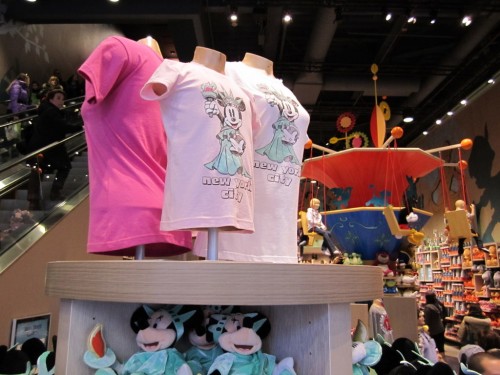 A half hour later we were ushered up a two-story escalator into the ‘Imagination Park’ area of the store, which is more reminiscent of the other newly overhauled Disney Stores (see my review of the Roosevelt Field store opening this past summer for all of the great features of ‘Imagination Park’ ), but with a bit of unique ‘Big Apple’ magic. We were each given a pair of Mickey Ears emblazoned with the ‘Disney Store’ logo and welcomed to a complimentary continental breakfast – it wasn’t exactly Chef Mickey’s, but the food was fresh, delicious, and hit the spot nicely. Jim Fielding, President of Disney Stores Worldwide took the stage in the store’s theater and introduced himself. Jim spoke a bit about the design of the store and how it came to be in the former Virgin Megastore space. 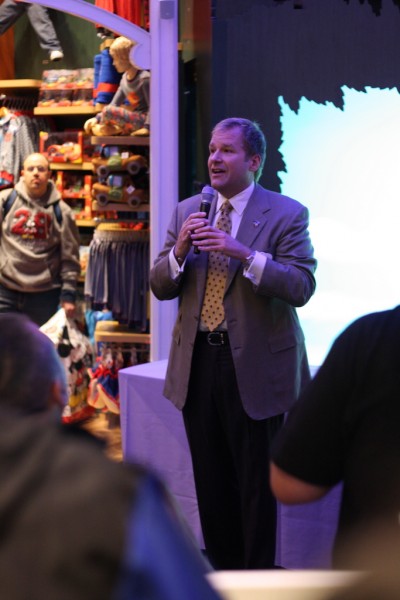 He seemed sincerely proud of how things turned out and mentioned that it’s currently the largest Disney Store and the first one to include a Marvel superhero ‘neighborhood’. After describing the second floor as “Imagination Park on steroids” and assuring us that he is indeed @DisneyStorePrez on Twitter, Mr. Fielding opened the floor to questions. One guest asked why we don’t see Theme Park merchandise in the Disney Stores (one of my few gripes with the Roosevelt Field Store). Jim gently explained that they don’t carry Theme Park merchandise simply because those items are part of the “Theme Park experience”. He’s right – they should be two separate experiences. Although the store did carry the latest hardcover edition of the Walt Disney Imagineering book, which made me smile. After the Q&A session Jim introduced the event’s very special guest, Jodi Benson, voice of Ariel, who was on-hand to greet fans and sign a limited edition canvas print of Ariel, available exclusively to the D23 event. 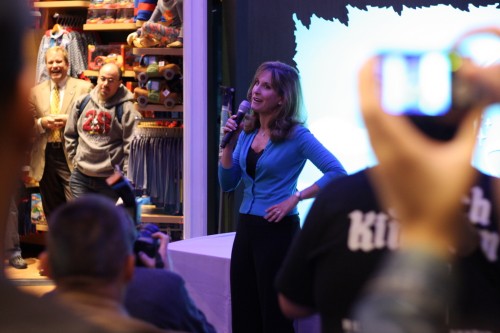 Although Ms. Benson didn’t sound exactly like her character, you can definitely tell that she was the voice behind the Little Mermaid. The crowd was set free to mingle and explore the rest of the store until the regular day guests were allowed in for the ‘soft-opening’ that was currently in progress that day.

We spent a few more hours wandering every nook and cranny of the 20,000 square foot retail space, riding the escalators a nine or ten times, and of course picking up a ton of merchandise along the way. 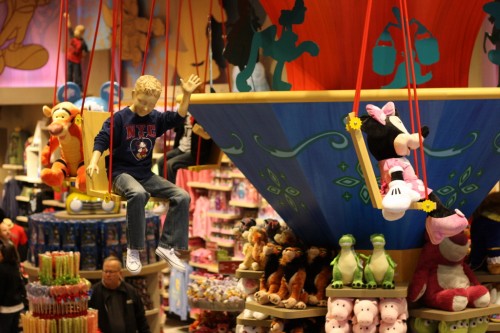 My first (and definitely not last) D23 event proved to be a fun and exciting day. Although I would’ve liked to have seen a Disney character visit, I can understand why they didn’t touch that – the poor Mouse, Duck, or Space Ranger would’ve been mobbed for autographs and photos by the rabid, Disney-obsessed crowd. 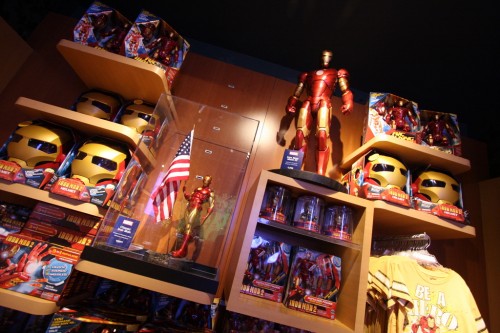 You can read more from Daniel over on Twitter.

previousOne Man’s Dream Re-opened
next‘Tangled’ is Fun, But Could Have Been Better