Disney adds The Princess and the Frog to video game roster

I haven’t really covered much video game stuff here on The Disney Blog, not that I haven’t wanted to, just that I don’t do much gaming myself. But now we have a Nintendo DS and a Wii in the house and games are becoming a larger part of our lives.

So it was with some great gladness I saw that the Wii version of Toy Story Midway Mania has hit the shelves at the local game store. I love the theme park version and definitely have to add that Wii version to my small game library.

Then came a little bit of serendipity where I was sent this photo of Disney*Pixar Animation Chief John Lasseter playing the Wii version of the game for “The Princess and The Frog.” 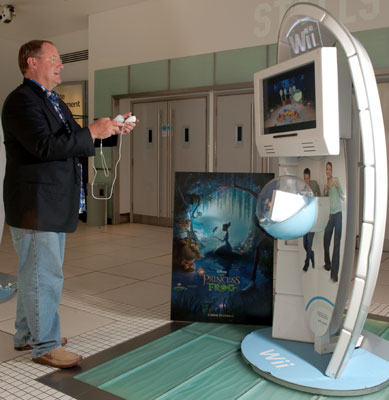 If you do a little pixel manipulation you can even see this scene from the game which comes out in November. 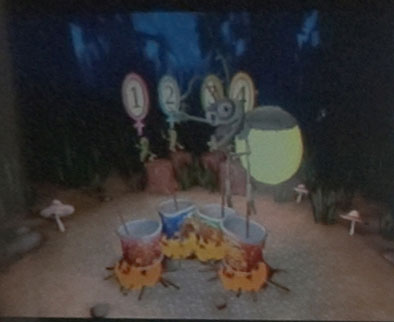 Anyone out there in Disney Blog readership a big player of Disney games on the Wii or Nintendo DSi? What games do we need to buy first and what games are perfect for a 5-6 year old.