The Disney Cruise Line has a problem. They have a lot of loyal repeat customers, but their offerings are thin when it comes to different ports of call. This will be solved in 2011 when the Disney Dream arrives in Florida to bring the fleet up to three ships. That will free Disney to move one ship, the Disney Wonder, to the west coast, and the other, the Disney Magic, to Europe. The Wonder’s visit to Alaska is a first for Disney and the ship will require a few upgrades to handle the different weather. But it will also offer some expansive views and new excursions to explore. I predict this will be quite popular. 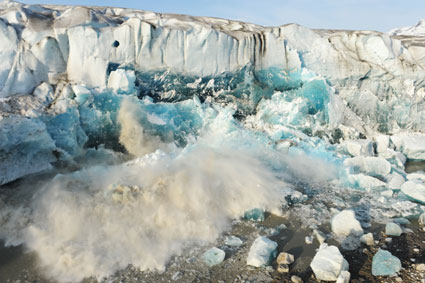 The Mediterranean itineraries the Disney Cruise line did during their previous trip to Europe were also a big hit. It should be even better now that they have some experience under their belt.

More info on what each new destination will involve below the jump:

Disney Cruise Line will offer Alaskan cruises during a four-month season of seven-night sailings aboard the Disney Wonder in summer 2011. Combining the natural wonder and adventurous spirit of Alaska with the unparalleled, family-friendly experience provided by Disney Cruise Line, the Disney Wonder will depart out of Vancouver, B.C., calling on popular ports such as Juneau, Ketchikan and Skagway. Before and after the 2011 summer season in Alaska, the Disney Wonder will sail seven-night Mexican Riviera cruises from the Port of Los Angeles to Cabo San Lucas, Mazatlán and Puerto Vallarta.

“We’re excited to offer this incredible choice of itineraries for 2011, with cruise vacation options for every family – whether that’s outdoor adventure in Alaska, the beauty and culture of Europe, folklore and pageantry of Mexico or tropical fun in the Caribbean,” said Disney Cruise Line President Karl Holz. “The unique advantage of Disney Cruise Line is that we offer a customized ship experience that brings families together, while still catering to the personalized vacation needs of every guest who sails with us.”

Disney Cruise Line also will offer a number of repositioning cruises and special sailings in 2011, including a 15-night Panama Canal crossing, two 14-night transatlantic voyages, a five- and six-night cruise from Los Angeles to Vancouver, and Vancouver to Los Angeles, with first-ever stops in San Francisco and Victoria, B.C., and 10- and 11-night holiday sailings to the Mexican Riviera and the eastern Caribbean.

Guests will be able to book Disney Wonder and Disney Magic itineraries for the 2011 season beginning Sept. 28, 2009.

Disney Wonder 2011 Schedule
Departing out of Vancouver, the Disney Wonder will sail a total of 18 seven-night cruises to Alaska for the 2011 summer season, calling on Tracy Arm, Skagway, Juneau and Ketchikan.

As part of the new Alaska itinerary, Disney Cruise Line guests will be able to experience breathtaking natural vistas, an abundance of wildlife and the rich history and customs of Alaska’s native culture. On their Alaskan adventure, guests may catch a glimpse of a brown bear, bald eagle or humpback whale, and explore magnificent glaciers and fjords in Juneau. In Ketchikan, guests can fish for some of the largest wild salmon in the world and learn about local culture through hand-carved totem poles. In Skagway, Disney Cruise Line guests can traverse panoramic landscapes by railway, or pan for gold like miners from the famous Klondike gold rush.

The first-ever Disney cruise to Alaska will depart on May 3 with the last cruise of the season scheduled for Aug. 30. Rates for the seven-night Alaskan itinerary start at $939 per person for a standard inside stateroom, based on double occupancy.

To prepare for the Alaska sailings, a brand-new venue called Outlook Café will be added to the Disney Wonder during dry dock in October. Located high atop deck 10, the 2,500-square-foot Outlook Café is a stylish retreat for guests to relax and enjoy a beverage or cocktail as they peer out through floor-to-ceiling, curved glass windows at breathtaking vistas. The design of Outlook Café is sophisticated with contemporary Art Deco inspiration. An elegant spiral staircase connects Outlook Café with the existing Cove Café one deck below. The 65-seat lounge has a granite-topped cocktail bar with comfortable seating throughout the space, all providing picture-perfect views of the surrounding landscapes.

Book-ending the 2011 summer season in Alaska, the Disney Wonder will sail seven-night itineraries to the Mexican Riviera. Rates for the seven-night Mexican Riviera itinerary start at $639 per person for a standard inside stateroom, based on double occupancy.

Prior to repositioning to Alaska, the Disney Wonder will sail a special 10-night Mexican Riviera voyage, including a stop at Manzanillo.

Disney Magic 2011 Schedule
Departing out of Barcelona, the Disney Magic will sail 10- and 11-night Mediterranean itineraries for the 2011 summer season – a total of 10 sailings starting on May 28. Once again, guests will be able to explore the culture and beauty of Italy, France and Spain, with a family-friendly experience only Disney can deliver. This itinerary also includes visits to Tunis in northern Africa, the island nation of Malta, and Ajaccio, Corsica, an island oasis off the southern coast of France.

Rates for the 10- and 11-night Mediterranean cruises start at $1,739 per person for a standard inside stateroom, based on double occupancy.

For the majority of 2011, the Disney Magic will sail out of Port Canaveral on seven-night Caribbean itineraries – alternating eastern (St. Maarten and St. Thomas) and western (Key West, Grand Cayman and Cozumel). Both itineraries include a stop at Disney’s private island, Castaway Cay.

A leader in the family cruise segment, Disney Cruise Line delivers a vacation experience that every member of the family feels was created especially for them. All pricing reflects a category 11C standard inside stateroom, Government Taxes and Fees not included.