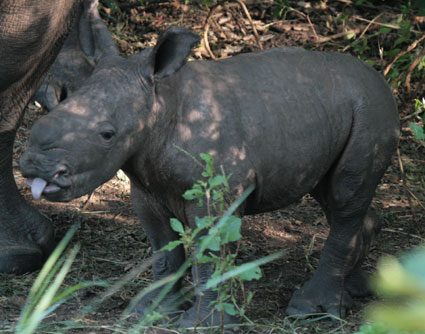 Update: The baby now has a name – Obama.

You remember those two white rhinos sent to Uganda from Disney’s Animal Kingdom. Well now the first white rhino born in 27 years has come from one of those animals. Congratulations to Disney’s Animal Program and the whole team for this success.

“We are thrilled to contribute to the sustainment of this critical species in Uganda,” said Jackie Ogden, Ph.D., Vice President of Animal Programs and Environmental Initiatives with Walt Disney Parks and Resorts. “We are joining with the Government of Uganda and Rhino Fund Uganda in celebrating this milestone birth, which represents a significant accomplishment for wildlife conservation.” 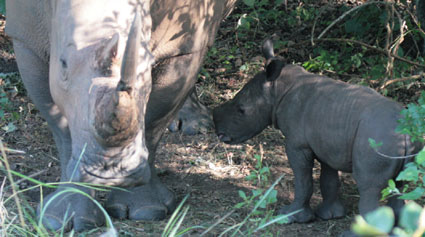 Nande is one of two white rhinos transferred in 2006 as part of the first-ever reintroduction of white rhinos from the United States to Africa. She was joined by Hasani, also born at Disney’s Animal Kingdom, to help re-establish a white rhino population that has been extinct in Uganda since 1982 as a casualty of civil unrest in the region. There are an estimated 11,000 white rhinos remaining worldwide, with 190 in North American zoos.